Next Meeting – at PSI

The 29th edition of the SSD will be held in person at PSI, if the COVID situation allows.  We are looking forward to meeting as many of you in person as possible.

More details on the program can be found on the “Program and Location” page under “Program” (right upper corner), where you can download a .pdf.

The community of scientists (material scientists, physicists, engineers, chemists, biologists) working on problems related to Soft Matter in Switzerland is scattered within different departments and under diverse denominations. This fact prevents to a certain extent effective exchanges and it is one of the reasons for a weaker visibility of the Swiss Soft Matter activities as compared to that of other European communities as for example in France or the Netherlands. Stimulating communication and collaborations among the Swiss scientists working in this area would help to establish a Swiss Soft Matter Community with a well defined identity on its own, which will also lead to a higher visibility of the respective individual activities. The Swiss Soft Days are intended to provide a platform to help establishing such community and they are supposed to be actively moderated by all members to fit the specific needs of the community that also might change in time.

Starting in 2017, one of the Swiss Soft Days per year will be dedicated to PhD students, i.e. aside from the invited speakers all talks and discussions will be held by PhD students. Financial support for this SSD-series is given by the swiss university conference.

The Swiss Soft Days is a one-day workshop taking place 2 times per year where around 20 speakers give short talks (~15 minutes) to introduce their research activities in a way specifically designed for a heterogeneous public. Besides well established scientific figures, the workshops are aimed at emerging researchers, especially assistant professors, post-docs and PhD students. The short duration of the talks and the frequency of the meetings are meant to rapidly develop active, up-to-date communications and cover various inter-disciplinary areas of research. Such formula has been successfully implemented in the Boston-area, where the New England Complex Fluids Workgroup meets 4 times a year since 1999, the location of the meeting rotating among the member institutions (Harvard, Yale, MIT, etc.). The Swiss analogue has started in February 2010 and the response to this initiative was very positive. The success of the workshops also became apparent by a number of institutions volunteering to organize Swiss Soft Days. We hope that the Swiss Soft Days will continue to attract Swiss researchers, and we strongly encourage all participants to help shaping and organizing them.

To submit an abstract, and to find your way to the meeting site, please use the navigation bar on the top. 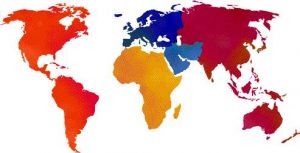